All job titles were correct at the original time of publication.

The work of a Customer Success Manager (CSM) is not always filled with unicorns and rainbows. CSMs often find themselves in tough situations, where it seems all is lost and the customer is not going to renew their subscription. One of the key indicators of a CSM’s professionalism is their ability to efficiently manage such cases and do their best to turn the tide.

There is no universal playbook on how to deal with these cases as, obviously, each situation is unique.

But I have decided to gather two interesting and tough cases from two experienced Customer Success Managers at Wrike, who tell the stories of how they were able to make a difference and save their clients. 👇

Agnès primarily functions as a CSM operating within the Spanish market

One of my customers is a large international company with headquarters in Washington D.C. They also have an office in Spain, which is why they turned up in my book of business.

The team had just finished the deployment stage (a paid service to implement Wrike in the customer’s business). It went well and was very thorough. The champion (the contact person in the client’s organization) was based in Washington and she was very knowledgeable; we had several calls. It seemed that the team had a lot of questions after the end of the deployment process. It was a very interesting case and I was happy to take it from there.

Then something went wrong. I had been trying to reach out to the customer but got no response. I decided to visit the client’s office in Spain and scheduled a meeting with the customer’s team. One of the main contacts in Spain didn’t attend the meeting, which confused me even more.

I still conducted an open session during office hours (in which any team members from the customer’s organization were welcome to approach and ask any Wrike-related questions) before I left the office. Then I sent a follow-up email to all attendees and, once again, received no response from them.

I could feel that something was going on, but I never received any response from Washington. I had to do something because the renewal date was approaching and I needed to retain the client.

I began reaching out to different people at the Spanish office and, after several attempts, I was able to get in touch with a manager who had information. She told me that our champion in Washington had actually left the organization, and hadn’t delegated Wrike ownership to anyone else. No one in the Spanish office could tell me who was going to take up the ownership.

I kept reaching out to the team and was finally able to get through to people there. We agreed to distribute admin rights to several users, so they would have four or five admins, each of them also filling the role of the champion (at least partly).

It should actually have been done like this from the very beginning, but for some reason, they ended up only having one champion. All the responsibility had been placed on one person based in Washington, and when she left, her team members found themselves in a situation with a lot of important information stored in an account that no one could access.

Luckily, I was able to turn the tide from there.

I had to work closely with all the new champions, and in several cases, we had to completely reorganize what was previously set up in the account according to their new needs and demands. But everything turned out well in the end and the customer renewed their subscription.

I would say the main lesson learned here is that having several key contact people in the client’s organization is a must. Otherwise, you might find yourself in a situation where, no matter how much effort you put into making things right, you simply won’t have a partner on the client’s side who will assist you with your initiative.

Victoria primarily works as a CSM in the UK, CIS, and Middle-Eastern markets

“I had a case recently where one of our biggest clients told me at the very beginning of the call that they had made the decision to leave Wrike. Their main argument was that the product hadn’t taken root in the company. They said that, in their opinion, Wrike wasn’t a suitable solution for the needs of their business.

I started asking more questions and quickly found out that there were several major change management issues that could be the possible cause of product failure.

Firstly, the team lacked the internal governance to actively use the tool. They hadn’t invested any effort into building a culture that would help to drive the change (and obviously, the implementation of a new project management solution is a major change for the whole organization). Secondly, they were expecting quick results that would be visible a week or two after the solution’s implementation.

It also turned out that the team had decided to set very ambitious goals from day one. Not small but important ones, which they could achieve in a relatively short amount of time and then build on their success, but major ones, like increasing certain metrics three times over.

What is important at the starting point is to set everything up efficiently and familiarize the team with the solution, so everyone knows where to find the work when it needs to be done and whom to hold responsible. I found out on the call that the champions were not ready to drive the change themselves. They had their own full-time jobs and it was hard for them to find the time to manage Wrike-related activities.

The Account Manager and I decided to offer the following solution: the client would get a free deployment if they chose to renew their subscription.
We told the champions that we believed that with additional guidance and a bit of a hand-on-shoulder approach, the team would be able to achieve impressive results.

We knew exactly what to do at each stage of the process because we have a lot of experience. Then, a year after the deployment, we would be able to evaluate our joint efforts and understand whether our product indeed suits their team’s needs or not. The team decided to give it a try.

The deployment was recently finished. The client’s team is happy. Even before the deployment was completed, they had already expressed how glad they were that they made the decision to stick with Wrike for another year. They were able to see that the solution could indeed solve a lot of the problems they had.

When another company announced its plan to acquire our customer’s company, they had a great trump card they could showcase – a fully implemented project management solution that has significantly increased the efficiency of business processes.

This is a great example of how, with the help of the Account Manager, I was able to completely turn the tide during the call and save a customer.

The team is doing great right now. They’ve hired a separate employee to manage Wrike, taking this responsibility away from the executives who are already overloaded with work and have a lot of operational stuff they need to manage on a daily basis. And this new employee has her KPIs tied into Wrike. This guarantees that the changes the team has implemented are there to stay! 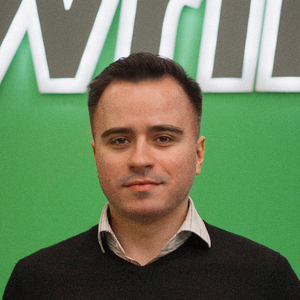 Artem Gurnov is a result-oriented professional with over 10 years of experience in customer-facing and leadership roles. He’s a gifted public speaker and has published over 75 articles on CS.