The concept of pay transparency is not an unusual one; far from it.

However, along with the almighty trifecta of sex, politics, and religion, the subject of money, particularly how much you make for a living, has always been a particularly taboo topic in ‘polite society’.

According to recent sociological studies, the average office worker labors from “9 to 5, for service and devotion” and based on their commitment, “you would think that [they] would deserve a fair promotion”. No, this wasn’t composed by the philosophical minds of Karl Marx or Frederich Engels, but by the nation’s songstress and proletariat champion, Dolly Parton.

White-hot pop culture references aside, salaries are of enormous interest to most people. A high salary can turn heads, and a low one can drive away employees. Most importantly, salaries set the precedent for industries and can influence the value of your own career.

But, hold on – where does customer success come into this?

The first thing anyone ought to know about customer success is that it’s a business function that’s built on positive outcomes.

Its practitioners strive to help their customers fully appreciate their product and help them adopt it in the most useful way through effective communication and mutual engagement plans. As a strategy, customer success empowers customers while driving value for the company itself. After all, successful customers make successful companies.

While we’re outlining what customer success is, it’s worth mentioning this: unlike traditional avenues of business like marketing, advertising, or sales, which have been around since business-corporations immemorial, CS only came onto the scene relatively recently. It’s also a pretty tricky business function to define, with a myriad of different interpretations and job roles.

But despite its relative infancy, you’ll be pushed to find a forward-thinking tech company that doesn’t have (or isn’t planning on implementing) a CS team. Customer success has taken the B2B SaaS world, specifically, by storm over the last decade.

It’s for this reason that we’re taking a magnifying glass to examine a valid question:

Just how much are CS leaders being paid for their work?

Whether you’re starting out your career in customer success, or looking to bag that next promotion, this article will illuminate how much you should be taking home.

First thing’s first, let’s clarify the basis of this article:

Company size can have a significant impact on where you work, irrespective of where you’re based.

Our research was based on three key statistics:

3. Total compensation (including bonuses and stock)

When we looked at the average baseline global salary (before tax) in CS jobs, without taking into account criteria such as bonuses, location, gender, industry job title, etc., the average salary worked out at $88,984. Conversely, the median salary clocked in at a slightly lower figure, at $80,000.

The base salaries in our survey ranged from a paltry $16,000 to a whopping $230,000 (both before tax). The range between these two figures is cavernous, to say the least.

Thanks to our 250 survey respondents, we had a wealth of salaries to base our research on. However, we were curious to further understand the breadth of these varying salaries, and displaying our data in salary bands proved to be effective.

As much as we’re advocates of a level playing field in CS, it’s an unavoidable fact that location plays a monumental part in the amount of money you make. Some areas are just more lucrative than others. This can be important if you’re thinking about your next career move.

Due to the maturity of the customer success function in North America, it wasn’t a surprise that salaries are reflected higher in this area. Over 60% of our total survey participants hail from North America, which is a testament to the popularity of the CS function there. We discovered that Australasia and Europe were the regions with the next-highest salaries.

When working out the average salaries there wasn’t much in them, both were revealed to be extremely close in value, with the average CS salary in Australasia being $75,941, and $75,913 in Europe.

When looking at the rest of the world, salaries in Africa and Asia were also incredibly similar, with the average African salary at $61,500, and the average Asian salary coming in at $59,912.

North American region had the highest average salary, but if we look at the United States of America exclusively, that average goes even higher! The base salaries in the U.S. were significantly higher than in the rest of the world, with the average salary pulling in at an impressive $106,965 (before tax).

A baseline salary will make up the bulk of your annual earnings, however, it’s important to recognize that there are other financial avenues that add to your take-home package. Receiving supplementary compensation in the form of a bonus and/or stock is an additional perk that can sweeten the deal. For those actively looking for a new job, one that offers discretionary bonuses and/or stock can appear more attractive and sway their decision.

Within the business world, bonuses are commonplace and function as a reward for good work. We asked our respondents how much they pick up in bonuses, and the results were intriguing, to say the least. Overall, the worldwide average annual bonus came out at $14,265, with the median working out at $10,000.

The annual bonuses in Asia, Africa, and South America fall well below the global average, with North America, Europe, and Australia displaying the most fruitful annual bonuses.

In addition to salaries and bonuses, stock-based compensation is a prevalent practice, offering employees equity in the business. The purpose of owning stock is to have its value accumulate over time with the end goal of selling it back to your company.

We discovered the number of survey respondents who receive stock-based compensation to be very low, averaging around a mere 25%, with a massive 75% claiming to not receive such options. The average global stock return for CS practitioners is $6,319.

North America was the highest-earning region by a mile, and the highest proportion of our survey respondents hailed from the United States at 45.9%.

Due to the popularity of American customer success professionals in our survey, and the high nature of their earnings, we were curious to see how salaries varied on a state-by-state basis:

Unsurprisingly, California proved to be the most lucrative state in America for CS professionals, demonstrating how customer success salaries are leagues above the national U.S. average salary of $51,480.

This is in part due to the state's association as the home of technological innovation, specifically, Silicon Valley. Pennsylvania and New York weren't far behind in their average salaries of $121,400 and $102,396.

Unless you’re particularly lucky and land an impressive salary from the off, the majority of people have to put in years of grafting and experience to take home a higher paycheck.

The more experienced you become in your field, the more you’ve honed your professional craft. And with experience comes opportunity, something which tends to correlate with a higher salary.

Here’s how many years of CS work experience on average our respondent had in each job role:

This might be due to the different skill sets required for people managing, and these respondents may have had more prior career experience in managerial positions outside of CS.

Having established how long customer success professionals were in each respective role, it’s time to talk money and check out the average baseline salaries for each position. The following chart highlights how the incremental salary increases as you climb the career ladder:

Continuing our examination of pay progression, we looked at the average base salary for CS professionals based on how many years they were in the industry.

The results solidified our understanding that the longer you’ve been in an industry, the more money you’ll be paid.

How many times have salaries increased over the past three years?

Naturally, the past three years have been anything but normal, with the Covid-19 pandemic having caused an economic downturn, and millions of redundancies, which have, in turn, tightened the purse strings of many companies.

Are pay increases based on set criteria?

The results were mixed.

Just over half of our survey respondents said that salary raises are not based on set criteria at their company, with just under half claiming they are. It’s certainly a very mixed bag.

All in all, our first salary survey proved to be immensely enlightening. We fully expected North America to take the top spot for the highest global salaries, and for the gender pay gap to be very much prevalent.

Make sure to come back next year and have your two cents about customer success salaries!

Level up, accelerate your leadership skills and situate yourself as a great CS leader

Looking to become a customer success leader? Being at the top doesn’t have to be hard if you’re prepared for the challenges it may throw at you. 💪

The CS Leaders Fellowship is a 6-week program packed with all the knowledge and insight needed to shape your career and supercharge your leadership skills.

Ready to become the best leader you can be? 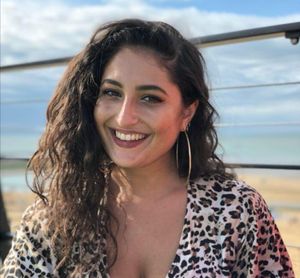 Grace is our Copywriter here at CSC and loves getting her teeth stuck into anything content-related. The en dash is the queen of punctuation and this is a hill she's willing to die on.

Customer Success Collective
—
"How much did you say?" Dissecting global customer success salaries