In this article, we’ll clear that up with the help of some sales enablement experts by covering:

Business development reps (BDRs), sales development reps (SDRs), and account executives (AEs) are all tasked with working with leads and prospects, with the ultimate goal of moving them along the sales funnel. But if you asked ten organizations how they actually define these roles, you’d probably get ten different answers (and maybe more).

For some, BDRs cover inbound leads, while SDRs head out into the great unknown and make outbound contact.

For others, BDRs and SDRs are one and the same. They’ll just be classed as inbound SDRs and outbound SDRs. Gail Behun, Senior Manager of Sales Enablement at PandaDoc, describes her experience with this distinction (or lack thereof).

In general, BDRs and SDRs are the more junior members of the sales team chain. They focus on top-of-the-funnel lead generation, whether it’s feeding those inbound leads who are already engaged in some way through to AEs, or focusing on new lead acquisition through outbound activity.

Usually, AEs are more senior than BDRs and SDRs, operating further into the customer journey. AEs tend to focus on active, qualified opportunities, and on moving the client through the sales funnel, turning them from a lead into a (hopefully long-term) customer.

As organizations operate in different ways, the distinction between the varied roles, skills, and talents of BDRs, SDRs, and AEs can be confusing. We’re here to help you understand the differences, some subtle and some less so.

As we mentioned earlier, regardless of if your company calls them BDRs or inbound SDRs, someone has to take action on inbound leads. Gail describes this as the first step in your career progression, a role where “you're catching the fish as they're coming into the net”.

At the heart of an inbound rep’s role is lead qualification. It’s about asking the right questions so that you can ensure that the lead coming in is the right fit to pass onto the AE.

Naturally, with the role being so heavily-based on qualification, an inbound rep will first and foremost need to develop solid lead qualifications as they progress.

You need to be able to go through all the initial qualification phases effectively, otherwise, you risk passing bad leads further along and wasting an AE’s time. The skills here involve knowing what the right questions to ask are, and just as importantly when to ask them.

Additionally, as well as learning to qualify leads, you build foundational skills and knowledge. An inbound rep will learn to give product overviews and understand an ideal customer profile (ICP). However, as Gail explains, the role is limited.

You learn your ICP and all of the qualification questions, and then you say ‘yes, Chloe, you sound like a great fit. I'm going to set you up with a call with Joe (who is an AE). Joe, he's going to walk you through the product’

While being an inbound rep has its challenges and a learning curve, usually, the next step in the sales career ladder is to go outbound, which Gail thinks ‘is harder because you have to know where to target’.

In comparison, an inbound lead has already had some form of contact with your organization, whether it was filling in a survey, downloading an eBook, or making a call to the sales team.

An outbound rep’s role is different from an inbound rep’s in that rather than ‘catching the fish as they’re coming into the net’, they are tasked with searching for leads who aren’t necessarily aware of the product/service.

Jonathan Tavella, Head of Sales Operations at Minna Technologies, says: “outbound reps are most effectively deployed in accounts where you don’t have existing relationships. That’s because creating conversations where there are none is the hardest and most time-consuming part of the sales process, and requires a significant continued effort - which AEs are not always in the position to put in.”

An outbound rep is required to have all the lead qualification skills, ICP knowledge, and product overview knowledge that an inbound rep possesses, but with an additional ability to seek out potential leads based on criteria such as region, company size, or sector.

“They're going out and they're calling people that have never heard of us and saying, ‘Hey, have you heard of us? This is what we can do for you’. Then they go through the same qualifying steps.”

Like an inbound rep, those going outbound need strong product knowledge and an ability to qualify leads, but they carry the additional weight of dealing with objections and rejections from potential leads who have no interest in being reached out to.

Tying all those skills together allows you to effectively identify leads with specific characteristics such as size, region, and industry.

Jonathan explains that “[outbound reps] need to open new doors. At a high level that requires a good understanding of the problem they solve, of who their product is and is not for, and the ability to explain the value proposition clearly and simply”.

So while some organizations may define BDRs as exclusively inbound, and SDRs as exclusively outbound, and some may not, the key difference to remember when it comes to roles and skills is whether a particular rep is dealing with inbound or outbound leads.

Gail says that being a BDR or an SDR, “whatever you call it, is the first step before you're an account executive. You learn how to take new leads, either coming in or going out and then somebody else has to develop and close them. Then you learn the develop and close part [later on]”.

While there may be some similarities between a BDR and SDR depending on the organization, an AE’s role is usually more clearly defined.

Account executives (sometimes called sales executives) focus on active, qualified opportunities, and on moving the client through the sales funnel, turning them from a lead into a customer.

Typically, an AE will have leads passed to them from BDRs or SDRs, and use the information gathered by the rep who qualified the lead to perform a more in-depth discovery call, conduct demos, run follow-ups and eventually work towards closing the sale.

Gail built on her earlier example, saying: “Joe (the AE from earlier) is going to be able to catch either side; he can catch the ones a BDR or an SDR brings in, it doesn't matter.”

[The AE] is catching those and saying ‘hey, I'm really glad to meet you, I see that you're interested in the product, it feels like we're a fit. Let me give you the demo’ and they take that all the way from demo to close.

Although many AEs start out as BDRs/SDRs, as they work with already qualified leads, they require a more nuanced skill set.

AEs work on high-opportunity deals and focus on uncovering a lead’s needs. They’re always trying to find ways to maximize the value of deals. This means they need excellent active/deep listening skills and nurturing skills in order to really understand potential customers’ concerns and business needs.

AEs require a higher level of product knowledge and an eye for hidden opportunities for up and cross-selling. They have to be able to recognize and take advantage of those opportunities if they appear during discovery.

In essence, they should perform as product consultants, rather than just delivering sales pitches.

Jonathan says that while a BDR/SDR’s pitch is more high-level and based on generating interest, “AEs should be trained to run very good discovery calls and then to deliver effective pitches to match the pain points they uncover”.

Simply put, AEs need to have the ability to undergo a deeper discovery process, especially compared to BDRs/SDRs.

Is there any overlap?

According to Jonathan, the BDR/SDR role can have some overlap, and not just because they share some of the same skills in presenting a value proposition and relationship-building.

There is some overlap in the sense that in many organizations AEs still need to build their own pipeline. They can’t just rely on their BDRs to find new opportunities for them.

That means that an AE and a BDR could be prospecting on the same account at the same time. That requires a tight collaboration, and good AEs will often take the time to coach their BDR and to explain their account plan to them.

If you're responsible for a team made up of BDRs, SDRs, and AEs, Jonathan has some advice:

Looking for more insights, or keen to share your own? Join our Slack community and start networking and idea-sharing with your peers right away. 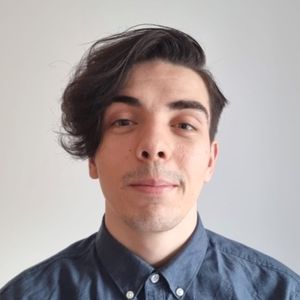 Daniel O'Dowd is the content writer for Sales Enablement Collective.